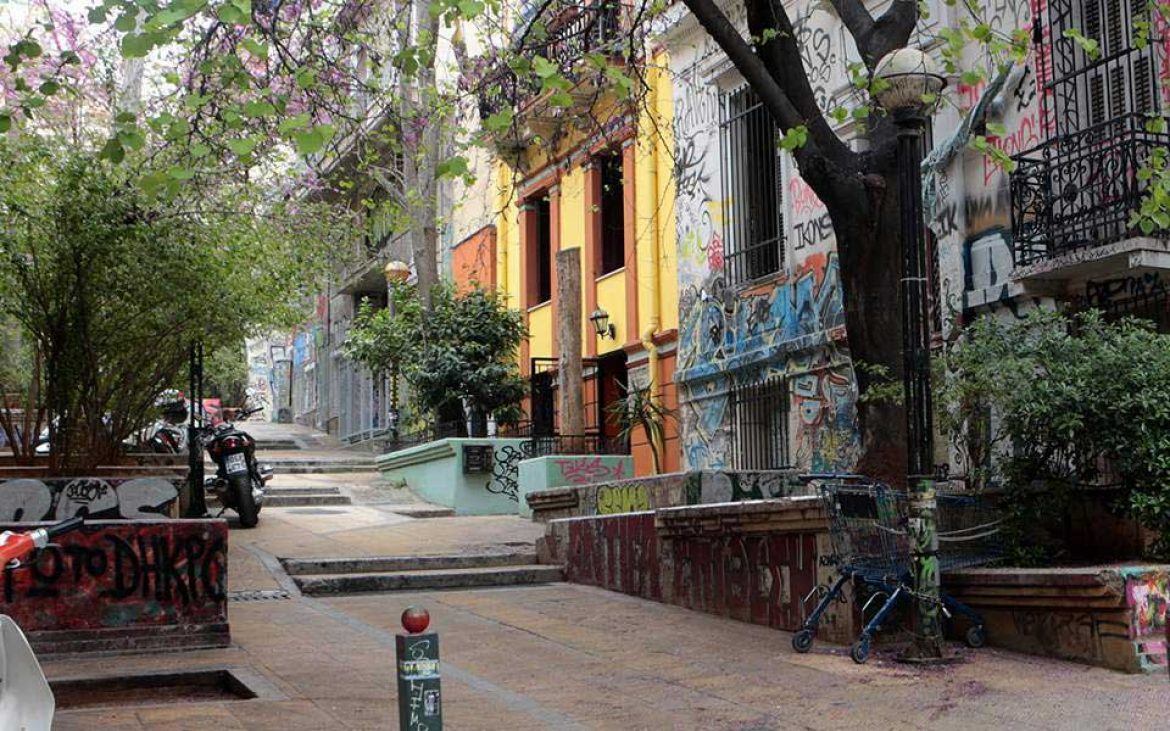 The government and the City of Athens are reportedly drafting an ambitious plan to revamp the district of Exarchia, which has long been considered a haven for self-styled anarchists and drug dealers.

The far-reaching plan to spruce up the area so that it is transformed into a model neighborhood, includes cleaning and painting walls, evacuating illegally occupied buildings, consolidating sidewalks and pruning trees.

The works will also coincide with the construction of a metro station in Exarchia’s central square.

The details of the plan and the timetable for its implementation were discussed during a meeting last Thursday between government officials and the new Athens mayor, Kostas Bakoyiannis.

The budget for the project has been set at 10 million euros and works will take place over five years.

A first step will be the creation of a task force of sorts comprising around 50 people drawn from various departments at City Hall to oversee short-term actions – painting walls covered by graffiti, repairing street lights and sealing up buildings that have been cleared of squatters.

Other short-term initiatives include the staging of artistic events, co-organized by residents, while plans are also afoot in the medium term to revamp Strefi Hill with new walking paths and lighting.

Authorities say that the vision is not just aimed at prettifying the historic downtown neighborhood but also restoring law and order with a series of police operations.

The latest one in Exarchia Square and the surrounding area on Friday night led to the detention of eight foreign nationals, four of whom were arrested for drug dealing offenses and migration law violations.