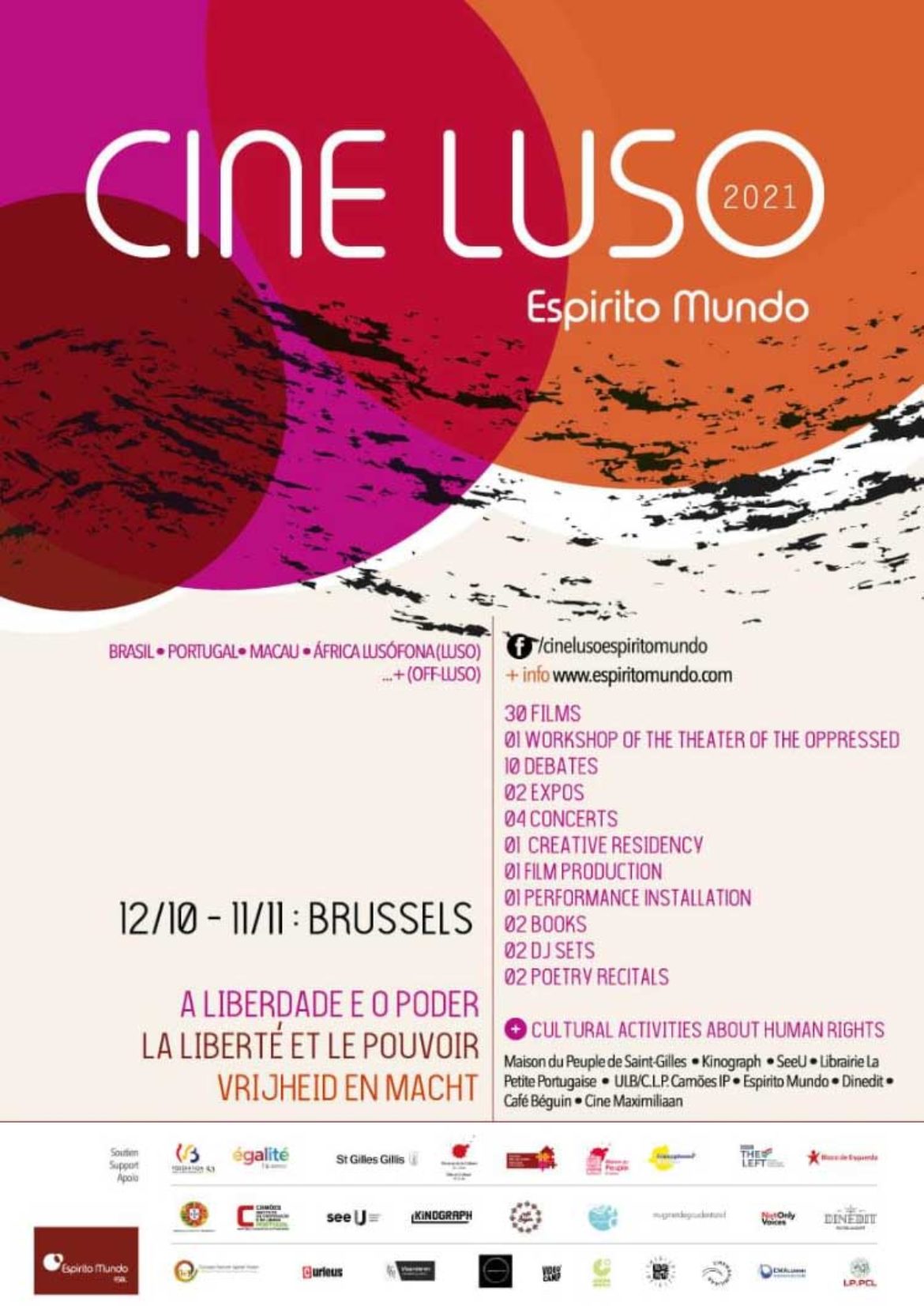 CINE LUSO is a creative and philosophical encounter aimed at tackling contemporary issues. With more than 100 films screened during the first three years, the project is now in its fourth edition for which it aspires to convey the realities specific to the cultures of various Portuguese-speaking countries (countries with Portuguese as an official language), by using audiovisual language as an analysis tool. As of 2019, non-Portuguese speaking countries were invited to join the program with the aim of broadening the reading and understanding of the world through different realities and their implications. More than an event, the project is presented as a search for dialogue and the construction of content in a collaborative way.

The theme chosen for the fourth edition highlights the contradictions of the world through two main notions: FREEDOM AND POWER.

The growth of social and political extremism, the limitation of human rights and the abuse of power reverberate through various parts of the world as a symptomatic and synergistic wave.

Faced with this scenario, approaches that encourage discussion have been put in place within the framework of this project in order to encourage reflection on the concepts of freedom and power which sometimes coexist, sometimes oppose each other. At the same time, we question the interweaving of ways of life in society in public and private, collective or individual contexts, leaving room for intersectional reflection. Many questions resonate in the political, scientific and philosophical spheres of the contemporary era, whose reflexes are still unpredictable.

The obvious complexity of the tension between individual freedoms, social control and active citizenship as well as the weaknesses of the system explains the relevance of the organization of reflective debates. This is the ambitious mission that we wish to carry with the fourth edition of Cine Luso, always committed to reflecting on the world through the eyes and the stories carried by the audiovisual sector and transversally with other fields of art and thought.